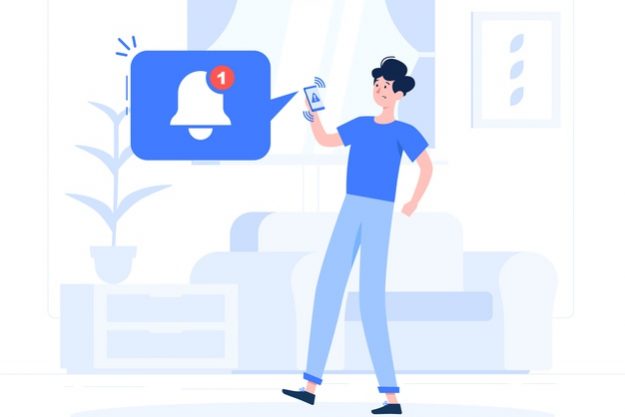 Water is among the natural resources on which the survival of living things relies on. Usage of water is involved in diurnal requirements and necessities. Not only our lives count on this resource, but economic development, ecosystem, health and many more spheres are under its influence. The value of such a resource is inestimable along with being irreplaceable. Therefore, the quality and quantity of such a valuable resource along with its availability is immensely vital.

Tragically, climate changes, droughts, excessive increase in population and incautious utilization of water have led to massive scarcity of water around the globe. Besides these major complications, water leakage is another such cause which is leading towards wastage of water along with affecting the humans own self.  Apparently, it might seem to be a minimal leakage issue but you might not have an idea what this leakage could be doing to your pipes and water connections. Corrosion of pipes lead to leakage and it not only wastes water but could also tarnish your precious belongings. Firstly, let’s find out why leakage occurs mainly and what are the leading factors behind them, because Util360’s aim is to inform you and keep you updated.

The structure of pipes is damaged due to excessive pressure of water. When an outrageous flow of water occurs through pipes it simply leads pipes to burst or leak. Eventually, when the direction of the water flow changes the pipes become incapable to support the flow and ultimately leakage occurs.

It can be a major concern which can cause leakage, as some older buildings and homes used galvanized or copper pipes for the water connection system and these pipes are unfortunately vulnerable to rust, consequently leading to water leakage.

With the passage of time small shifts occur in the foundation of your house and they adjust with time. This shift or adjustment consequently casts immense influence on the piping system of your house. They might even disconnect or shatter the pipeline completely resulting in leakage.

Generally when the weather shifts from one to another, most probably from cold to hot, water pipes begin to crack up and ultimately leak water.

This one is the most dangerous and serious problem which might harm you and your house in multiple ways. When water from the pipes releases small vapors of water into soil around it, it gives birth to small plants and slowly and gradually their roots start to expand within the pipelines.

Util360’s role and how can you benefit out of it?

When the mentioned above factors lead to leakage, you might be unaware of it. This is because the leakage might start initially from underground pipes and gradually the problem starts expanding. In such crucial situations, you need to rely and count on Util360’s efficient alerts, where we strive to inform you before the problem crosses boundaries. In case, any one of the above stated factors lead to leakage, Util360’s efficient system alerts you through email, SMS or mobile application so you may take cautionary measures and inform the waterline company, saving yourself from any big disaster. Therefore, you need to trust us and rely on our alert system because you yourself might be unaware of any leakage but Util6360 always stays informed and likewise it keeps you updated.

As your safety is our top most priority, we want you to have confidence on us and opt for our services which might save you from following risks, caused by water leakage:

Risks prompted due to leakage:

There are enormous risks that can be prompted due to leakage and you might get yourself in grave danger if you are not informed timely.

When the temperature is moist, it results in the formation of mold. This usually grows in washrooms and behind sinks as consistency of water is present there all times. But this can also grow behind the walls of your house in case the pipes are leaking. This can cause adverse effects on human health along with it; it can cost you even more if you do not treat it well and timely.

This could be one of the most dangerous outcomes of water leakage, imagine one day the pipes that had been leaking for quite a time suddenly bursts out and your entire house fills with water. This could happen when you do not even know that pipes had been leaking for quite a time. That is why you need Util360’s services. We keep you informed regarding a minute leakage so that your belongings and house could be saved.

Due to water leakage, water keeps on running through holes, cracks, and points and thus it leads to excessive bill amounts. Even though the water usage on your part is not as much, the continuously leaking pipes increase your bills and trouble you.

A detailed study has been carried out at the University of Sheffield, under the supervision of lead researcher Professor Joby Boxall. It was discovered that when the water flows through pipes with high pressure the contaminants surrounding the pipes do not enter the water flow. But in case the pressure lowers the contaminants might enter into the water stream ending up in your taps. Professor Joby Boxall says, “Previous studies have shown that material around water pipes contains harmful contaminants, including viruses and bacteria from feces, so anything sucked into the network through a leak is going to include things we don’t want to be drinking”.

Internationally water is tested by the companies and shockingly, these contaminants are in such a lower ratio that they do not appear in such tests. But the co-researcher, Dr. Richard Collins reveals: “Our research shows that contaminants that enter through a leaking pipe could be reaching consumers’ taps, and although this will be at very low concentrations, it would fail the safety tests if detected. We also believe that microorganisms, including pathogens, which enter the network in this way, could attach to the inner surface of the pipe and multiply. If they are later dislodged by another change in flow, they could then reach our taps in higher concentrations.” Therefore it poses immense threat to your health.

Our mission is nothing but to guarantee your safety and well-being. We want you to trust us so that we can safeguard your house, belongings and your health by keeping you updated and informed while you may sit back and relax.

Our client’s welfare is our foremost priority, therefore, join hands with Util360 and keep yourself well informed regarding minute leakage and save yourself and your loved ones.